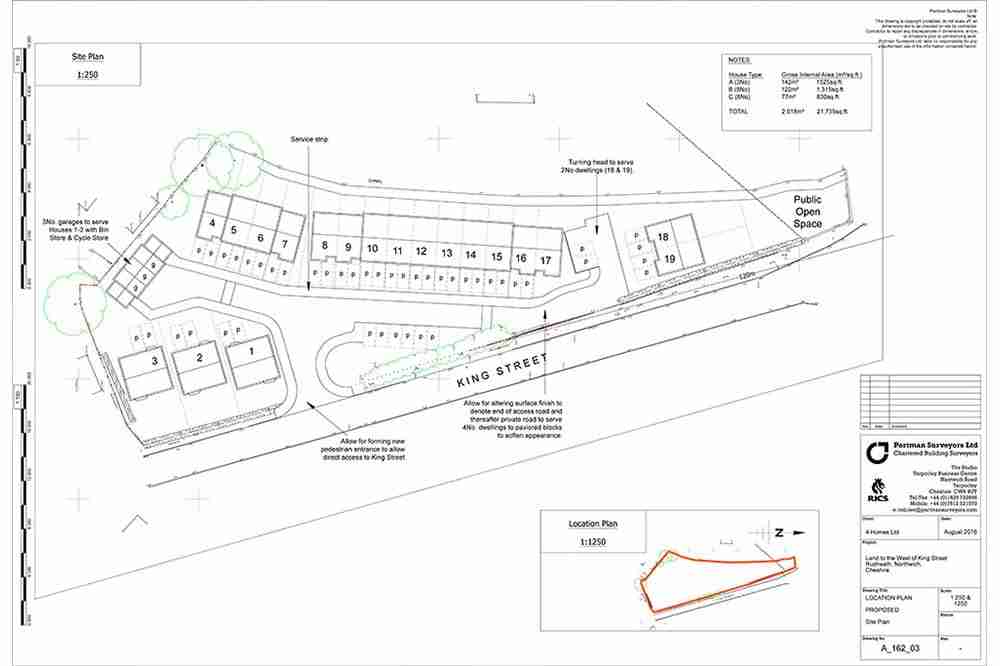 This development site in Northwich extends to 0.497 ha (1.229 acres) and benefits from a Detailed planning permission. A material start was made and the Authority have accepted development has commenced which secures the permission. Moreover, a full discharge of conditions has also been confirmed thereby presenting a ready to build site.

No comments to show.